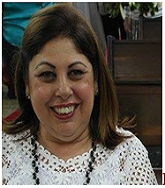 Sandra Regina Scagliusi has completed his PhD at the age of 8 years from Nuclear Research Institute and postdoctoral from Nuclear Research Institute. She is a teacher in Production Engineering and Electronic Engineering courses. She works mainly on the following topics: irradiation, recycling, devulcanization, microwaves. Developed a new process for the recovery of rubbers by radiation and mechanical shear. She has been dedicated to research in the environmental area, in recycling solid materials and elastomers, has more than 15 articles published. Proven experience in research and quality control laboratories.

irradiation, recycling, devulcanization, microwaves, Developed a new process for the recovery of rubbers by radiation and mechanical shear, environmental area, in recycling solid materials and elastomers. 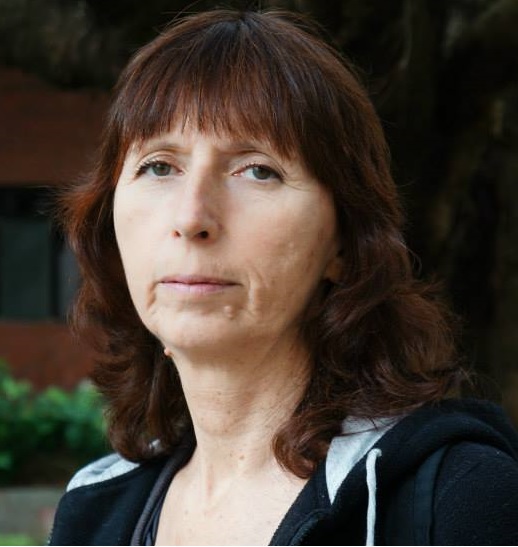 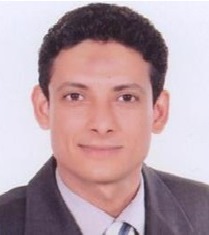 Prof. Youssef working as full professor at Packaging Materials Department, National Research Centre, Cairo, Egypt. He also is working as Vice President of Conference Unit at National Research Centre and Coordinator of the National Scientific Committee for New Materials and Technology at Egyptian Academy of Science and Technology. He has completed his PhD at the age of 29 years from Ain Shams University and postdoctoral studies from Arkansas University, USA and Grenoble INP-France, He so far won the Ford Foundation Scholarship (2004) for PhD, the AU-TWAS Young Scientist National Awards in field of Basic Sciences, Technology and Innovation (2013), Unilever award for the best applied article (2015), and the NRC Award of Encouragement in Applied Chemistry (2015). Moreover, He awarded the State Award for Advanced Technological Sciences, which serves the basic sciences (2016) and NRC award for Pioneer Award in applied chemistry (2016). He has obtained the Privileges of the First Class of the Presidency (2017) as well as the Egyptian Academy of Science and Technology awarded named as Professor Abbas Yahia Abd El-Kareem for Plastic and Rubber Technology (2017). 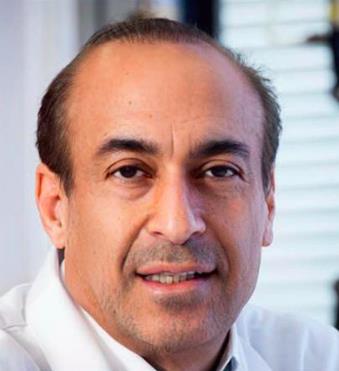 Alexander Seifalian, Professor of Nanotechnology and Regenerative Medicine worked at the Royal Free Hospital and University College London for over 26 years, during this time he spent a period of time at Harvard Medical School looking at caused of cardiovascular diseases and a year at Johns Hopkins Medical School looking at treatment of liver. He published more than 647 peer-reviewed research papers, and registered 14 UK and International patents. He is currently CEO of NanoRegMed Ltd, working on the commercialisation of his research. During his career Prof Seifalian has led and managed many large projects with successful outcomes in terms of commercialisation and translation to patients. In 2007 he was awarded the top prize in the field for the development of nanomaterials and technologies for cardiovascular implants by Medical Future Innovation, and in 2009 he received a Business Innovation Award from UK Trade & Investment (UKTI). He was the European Life Science Awards- Winner of Most Innovative New Product 2012 for the Ã¢â‚¬Å“synthetic trachea. Prof Seifalian won the Nanosmat Prize in 2013 and in 2016 he received the Distinguish Research Award in recognition of his outstanding work in regenerative medicine from Heals Healthy Life Extension Society. 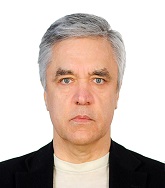 Sergey Suchkov was born in the City of Astrakhan, Russia, in a family of dynasty medical doctors. In 1980, graduated from Astrakhan State Medical University and was awarded with MD. In 1985, maintained his PhD as a PhD student of the I.M. Sechenov Moscow Medical Academy and Institute of Medical Enzymology, USSR Academy of Medical Sciences, Moscow, Russia. In 2001, finished the PostDoc Research Fellowship Program and maintained his Doctor Degree at the National Institute of Immunology, Russia. From 1985 through 1987, worked at Inst of Med Enzymology, USSR Academy of Medical Sciences. From 1987 through 1989, was a senior Researcher, Koltzov Inst of Developmental Biology, USSR Academy of Sciences. From 1989 through 1995, was being a Head of the Lab of Clinical Immunology and Immunobiotechnology, Helmholtz Eye Research Inst in Moscow. From 1995 through 2004, was being a Chairman of the Dept for Clinical Immunology, Moscow Clinical Research Institute (MONIKI) and the Immunologist-in-Chief of the Moscow Regional Ministry of Health. In 1993-1996, was an Executice Secretary-in-Chief of the Editorial Board, Biomedical Science, an international journal published jointly by the USSR Academy of Sciences and the Royal Society of Chemistry, UK. Dr Suchkov is a Co-Supervisor over the Russian-American Agreement on scientific and clinical collab-oration in the field of ocular immunology between Russian Academy of Sciences and National Insti-tutes of Health (NIH); in 1991-1995 Ã¢â‚¬â€œ a member of The Reciprocal Exchange Fellowship Program between Russian Immunological Society and British Society for Immunology. Dr Suchkov is a member of the Editorial Boards of many international journals including EPMA Jour-nal (Springer, Brussels) and Personalized Medicine University (Elsevier, Japan). 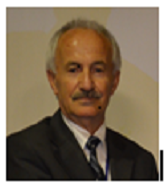 Dr Adiguzel graduated from Department of Physics, Ankara University, Turkey in 1974 and received PhD- degree from Dicle University, Diyarbakir-Turkey. He has studied at Surrey University, Guildford, UK, as a post doctoral research scientist in 1986-1987, and studied on shape memory alloys. He worked as research assistant, 1975-80, at Dicle University and shifted to Firat University, Elazig, Turkey in 1980. He became professor in 1996, and he has already been working as professor. He published over 60 papers in international and national journals; He joined over 100 conferences and symposia in international and national level as participant, invited speaker or keynote speaker with contributions of oral or poster. He served the program chair or conference chair/co-chair in some of these activities. In particular, he joined in last six years (2014 - 2019) over 60 conferences as Keynote Speaker and Conference Co-Chair organized by different companies. He supervised 5 PhD- theses and 3 M.Sc- theses. Dr. Adiguzel served his directorate of Graduate School of Natural and Applied Sciences, Firat University, in 1999-2004. He received a certificate awarded to him and his experimental group in recognition of significant contribution of 2 patterns to the Powder Diffraction File â€“ Release 2000. The ICDD (International Centre for Diffraction Data) also appreciates cooperation of his group and interest in Powder Diffraction File. 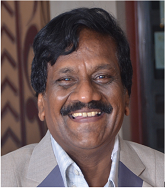 All this work was guided by Maa Vak. A single framework called â€œDynamic Universe modelâ€ an N-Body problem solution, solves many Physical problems. This model is computationally simple and iterative, Mathematically / Logically deciding and predicted many physical results like â€˜Blue shifted Galaxiesâ€™, â€˜No Dark matterâ€™, â€˜Frequency upshiftingâ€™ / â€˜radiation to matter conversionâ€™, which all came true after 7 or 8 years after prediction. Raoul Nigmatullin has completed his PhD at the age of 27 years from Kazan State University (now it is renamed and has a name of Kazan Federal University). He defended his doctorate thesis on Physics and Mathematics in 1992 year. In 1982-1983 years, he was in Chelsea college (London University) under the invitation of Prof. A. Jonscher in the laboratory of dielectric spectroscopy. During 1990-2000 he visited many international laboratories associated with dielectric spectroscopy area. Now he is working in Kazan National Research Technical University in Radioelectronics and Informative Measurements Technics department as a leading professor. He has published more than 200 papers in reputed journals entering into the SCOPUS/WoS data base and has been serving as an editorial board member of repute. 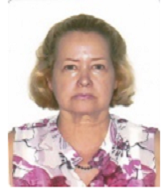 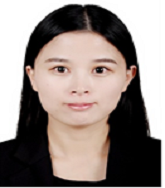 Lijuan Qian has completed her PhD at the age of 28 years from Zhejiang University in China. She is a professor at the institute of electrical and mechanical engineering in China Jiliang University. Her research interests include computational modeling and experimental study on multiphase flow. She has published more than 20 papers in reputed journals. Her research work is supported by the National Natural Science Foundation of China with Grant No.11632016Ã¯Â¼Å’ No.11372006 and No.11872352. 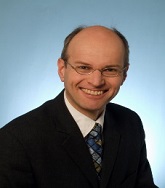 Being an Economic Engineer Bernhard Munzing (59) started his career at BASF selling fibre reinforced prepreg-systems mainly to the aerospace and sports industry. He then joined L. Bruggemann responsible for materials management and introduction of new products to the market. After short period as sales manager for a coating company, he worked for more than 17 years for GELITA, world leading gelatine manufacturer. Covering all applications areas for gelatine, he helped customers to adopt the gelatine products during the critical phase of the BSE disease, followed by a position in business development for more than 10 years. Aside that he was the responsible key account manager for one of the largest GELITA customers in Asia. Since July 2016 he is Sales Director of The Sixth Element, a leading supplier of different graphene products, responsible for all markets outside China with focus on EMEA region 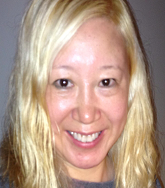 Researcher
University of the Rockies
USA

Xu Chen has a Masters of science from the College of St. Scholastica up in Northern Minnesota, USA. She is currently working on her PsyD through University of the Rockies. 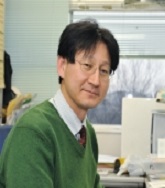 Kimihisa Yamamoto received PhD degrees from Waseda University in Polymer Chemistry in 1990. He joined the Department of Chemistry at Keio University from 1997 as professor. Currently, he is a professor in the Laboratory for Chemistry and Life Science, Tokyo Institute of Technology since 2010. He is a project leader for Yamamoto Atom Hybrid Project adopted as a Japan Science and Technology Agency (JST), Strategic Basic Research Program (ERATO) started in October, 2015